INOZTO (一楽堂) is a brand of stationery and lifestyle products that are co-operated by designers from China, Hong Kong, Germany, Japan and the four places. The brand was officially launched in the Asia-Pacific region in 2015. The product design is mainly suitable for practicality and minimalism. At the same time, it also pays attention to artificial mechanics. It is to integrate simple, natural and high-quality fashion taste products into the lifestyle.

One thing to do is to create a cool design with creativity; to create a functional and user-friendly experience with the convenience of life and interesting ideas.

Shinichi Nishiokaa Japanese designer, his biggest feature is that he often turns his shortcomings into advantages. He wants to pay attention to details. He hopes that every product can be touched by users, and you can touch the details of the products that you Can't see. 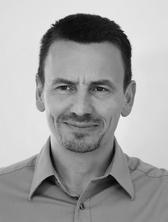 Peter Scharf German designers, because of the limited space in Hong Kong, Peter often thinks about the use of space, he will use the least elements to design the product's versatility as the core concept.